Garden Court Chambers is delighted to announce that Leslie Thomas QC, Judy Khan QC and Marc Willers QC have been elected as Joint Heads of Chambers. 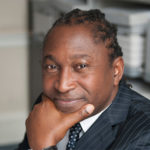 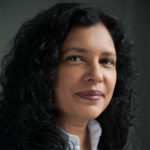 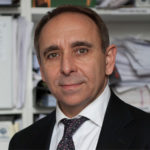 Leslie Thomas QC takes over from Henry Blaxland QC as Chair of the Garden Court Chambers Management Committee. Leslie and Judy are both newly elected. Marc has been re-elected following his appointment as Joint Head of Chambers in 2016.

Our Heads of Chambers reflect our commitment to diversity, human rights and the highest standards of advocacy and client service.

Following four years of skilled stewardship, Henry Blaxland QC and Dr Kathryn Cronin have stepped down as Joint Heads of Chambers’. Both Henry and Kathryn continue to practise at Garden Court and we extend to them our sincerest thanks for their immense contribution during a time of significant growth and success for our Chambers.

Leslie Thomas QC is acknowledged as one of the leading advocates representing bereaved families at inquests. He is also renowned for civil actions against the police, public authorities and corporate bodies. Amongst many high profile cases, Leslie represented the family of Mark Duggan. Leslie was recently interviewed about this case and his career at the Bar by the broadcaster, Renegade Inc. He is currently representing the family of Anthony Grainger at the public inquiry into his death. Anthony Grainger was unarmed when he was shot dead by police in 2012. Leslie is also acting for the families of the four men murdered by serial killer Stephen Port in relation to potential failings by the police to properly investigate the murders.

Judy Khan QC is one of the leading criminal law silks in the UK. She handles very serious criminal cases including murder, large-scale drug offences and sexual offences. She specialises in representing young and very vulnerable defendants. Judy spent two years representing a number of families at the Hillsborough Inquests; she led a team of barristers who dealt with the medical and pathology evidence.

Marc Willers QC specialises in planning and environmental law, public law, civil liberties, human rights and discrimination. He is widely recognised as a one of the leading experts in representing Gypsies, Travellers and Roma and has won a number of landmark cases in defence of their rights. Marc is a member of the Equality and Human Rights Commission A-list Panel of Counsel.

“It is a huge honour and privilege to be elected as Chair and Joint Head of Chambers. Over 40 years ago, Garden Court Chambers was founded on a commitment to hold the powerful to account and promote fundamental human rights and freedoms. These principles are reflected throughout our work and embodied in our motto, ‘Do right, fear no-one’. We remain steadfastly committed to upholding these protections at a time when human rights, tolerance and diversity face unprecedented attacks both at home and abroad”.

Garden Court Chambers is number one ranked in the independent legal directories, Chambers & Partners and the Legal 500. We are the largest chambers in London with over 180 barristers specialising in civil liberties, human rights, criminal law, immigration law, social housing law, family law and public law. In 2016, Garden Court was awarded the Human Rights & Public Law Set of the Year Award by Chambers & Partners. In 2015, Garden Court was awarded the Legal 500 Crime Set of the Year Award.