This event is brought to you by the Garden Court Chambers Criminal Defence Team in collaboration with Southwell & Partners. 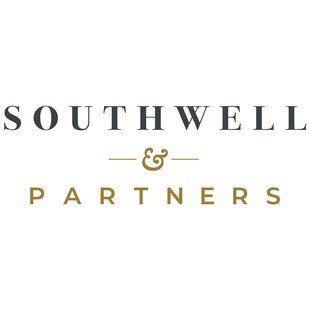 Join the legal team from VCL v UK in conversation with the Anti-Slavery Commissioner for an important and timely discussion on the prosecution of trafficking victims. Our panel will look at the impact of the VCL v UK judgment on criminal appeals and practical guidance for practitioners representing victims of modern slavery in the criminal courts. They will also be looking at how the judgment can be used by immigration and public law practitioners looking to protect their clients in other jurisdictions. The webinar will provide useful guidance for immigration and public lawyers, as well as criminal practitioners, and will help anyone dealing with complex cross-jurisdictional issues.

The webinar will cover:

This is a vital event for those working with victims of trafficking and modern slavery. The audience will be hearing directly from those involved in the case; Henry Blaxland QC, Emma Fitzsimons and Stephen Clark, of Garden Court Chambers, who represented VCL in his application to the European Court of Human Rights in Strasbourg.

Michelle Brewer will chair the webinar. Michelle co-led the ECHR team with Henry Blaxland QC in VCL v UK, having been led by Henry in the domestic criminal litigation from the Criminal Cases Review Commission reference onwards. Michelle also represented VCL in all his other domestic litigation. Michelle is a former Garden Court tenant who left Chambers to become a First-Tier Tribunal judge in the Immigration and Asylum Chamber.

Joining them on the panel is their instructing solicitor advocate on the case, Philippa Southwell, Managing Director at Southwell & Partners, who represented VCL in both his domestic and European Court of Human Rights case. The Anti-Slavery Commissioner Dame Sara Thornton DBE QPM will also be joining the panel to offer her insight on the implications of the case.

Read more on the case here.

Michelle Brewer,  First-Tier Tribunal judge in the Immigration and Asylum Chamber & former Garden Court Barrister
Michelle Brewer was appointed as a full-time Tribunal Judge (Immigration and Asylum Chamber) in February 2020.  Michelle was called to the Bar in 1998 and practised as a barrister at a leading human rights chambers, Garden Court Chambers, and was part of the public law, immigration, and civil teams. Described in Chambers and Partners as "Very highly regarded for her expertise in trafficking cases. With an established track record of being at the forefront of trafficking case law”.   From 2010 until her judicial appointment she was involved in a series of significant trafficking cases including: co-lead counsel in VCL v UK (16 February 2021); Criminal Appellate cases applying the non-punishment principle; intervened for Anti-Slavery International in the first case before the Supreme Court which considered the UK’s obligations to victims of trafficking and was counsel in a series of Art.4 cases before the ECtHR.

She is joint editor and co-author of Human Trafficking and Modern Slavery: Law and Practice (1st and 2nd ed). Michelle has trained the judiciary, police, local authorities, lawyers, and NGOs on the domestic, regional and international law of human trafficking and modern slavery both when in practice and as a judge. In November 2019, Michelle provided the keynote address at an OSCE International Judicial Conference “The Critical Role of the Judiciary in Combating Trafficking in Human Beings”.

Henry Blaxland QC, Garden Court Chambers
Widely recognised as a leading criminal silk, Henry Blaxland QC's practice encompasses fraud, terrorism, homicide and sexual offences. He is often instructed in appellate matters. Henry is a Master of the Bench of the Middle Temple. In the recent important ECHR judgment in VCL v UK, Henry Blaxland QC, alongside his colleagues Emma Fitzsimons and Stephen Clark, represented VCL in his application to the European Court of Human Rights in Strasbourg. This was the first time the Court had considered the relationship between Article 4 of the Convention and the prosecution of victims and potential victims of trafficking. Henry Blaxland QC, alongside Michelle Brewer, also represented VCL in his appeal to the Court of Appeal (Criminal Division). Henry is ranked as Star Individual in Chambers and Partners 2021, London (Bar), Crime and as a Leading Silk in the Legal 500 2021. He was shortlisted for Crime Silk of the Year at Chambers UK Bar Awards 2017 and is the winner of Crime Silk of the Year for Legal 500 Awards 2019.

Henry has practised in criminal defence work for his entire career at the Bar. He has appeared in many high-profile homicide trials at the Old Bailey. His principal areas of work now comprise fraud, with a specialism in confiscation, and terrorist cases with an international dimension. He is widely known for his appellate practice, acting in cases referred to the Court of Appeal by the Criminal Cases Review Commission (CCRC). He also appears for appellants in extradition cases.

Emma Fitzsimons, Barrister, Garden Court Chambers
Emma Fitzsimons is an immigration and public law barrister, practising in immigration and asylum, unlawful detention, trafficking, age assessments and community care. Emma is a committed and conscientious advocate, who has particular strength in representing vulnerable clients. She regularly appears on behalf of unaccompanied minors, trafficking victims and vulnerable adults in the First-tier Tribunal, Upper Tribunal and Administrative Court. She also has experience of fresh claim and certification judicial review challenges, as well as urgent removal cases. She has experience acting for age disputed asylum-seeking children, and has acted in judicial review proceedings seeking appropriate bail accommodation for vulnerable detainees. Emma, together with Henry Blaxland QC and Stephen Clark of Garden Court Chambers, acted in the case VCL v UK, representing VCL in his application to the European Court of Human Rights. She appears pro bono in bail applications on behalf of Bail for Immigration Detainees. She is a contributing author to the leading immigration practitioner text, Macdonald's Immigration Law and Practice. She is also a contributing author to Human Trafficking and Modern Slavery Law and Practice (2nd edition).

Stephen Clark, Barrister, Garden Court Chambers
Stephen has substantial experience of the full range of public law work in Chambers, spanning civil actions, inquests and inquiries, immigration and asylum work and judicial review. Stephen has a thriving practice across the full range of public and administrative law work, but with an emphasis on cases involving civil liberties, state surveillance and vulnerable individuals. He appears in the High Court and Upper Tribunal, challenging decisions ranging from the recognition of victims of trafficking, children's nationality claims and security clearance for special constables. Stephen recently represented VCL in his application to the European Court of Human Rights, together with Henry Blaxland QC and Emma Fitzsimons of Garden Court Chambers, in the case VCL v UK.

Stephen used to work at the European Court of Human Rights for the Head of the British Division, Clare Ovey, and he has brought a number of applications before the Strasbourg Court beyond VCL. He is also the author of The Reform of Civil Justice with Sir Rupert Jackson and is able to help with complex civil procedure and costs disputes. Stephen regularly accepts instructions from Bail for Immigration Detainees. He is always happy to assist charities and NGOs on a pro bono basis.

Philippa Southwell, Managing Director, Southwell & Partners
Philippa is an award-winning and internationally recognised lawyer in the field of modern slavery law. Philippa was called to the bar of England and Wales in 2009 as a Barrister, having cross qualified, she practices as a Solicitor Advocate. She lectures extensively both domestically, throughout the Middle East and Europe. She was called to give evidence as a legal expert in the Home Affairs Committee Modern Slavery Inquiry, she provided both oral and written evidence during the inquiry. Philippa also continues to head the human trafficking and modern slavery department at Birds Solicitors. Philippa is also Managing Director of the Human Trafficking & Modern Slavery Expert Directory. She is co-author of Human Trafficking and Modern Slavery Law and Practice (Bloomsbury 1st & 2nd Edition) and co-author of “Does the new Slavery Defence Offer Victims any Greater Protection” (Archbold Review 9th November 2015 issue 9).

Philippa advises companies on modern slavery and human rights due diligence and provides training to both the private and public sector. Philippa regularly lectures on all many aspects of modern slavery law, compliance, forced criminality and child criminal exploitation and has been invited as guest lecturer at numerous Universities. Philippa drafted the Law Society practice notes on human trafficking and was advisor to the United Nations Children’s Fund (UNICEF) in relation to the UK’s Modern Slavery Act 2015. Philippa has acted in most of the significant and leading cases involving victims of modern slavery and forced criminality of the last decade, including the recent case VCL v UK, as instructing solicitor for VCL in his application to the European Court of Human Rights.