We are delighted to announce that Shu Shin Luh of Garden Court Chambers has won Junior Pro Bono Barrister of the Year at Advocate’s 2019 Bar Pro Bono Awards in recognition of her outstanding commitment to pro bono work over the last year. 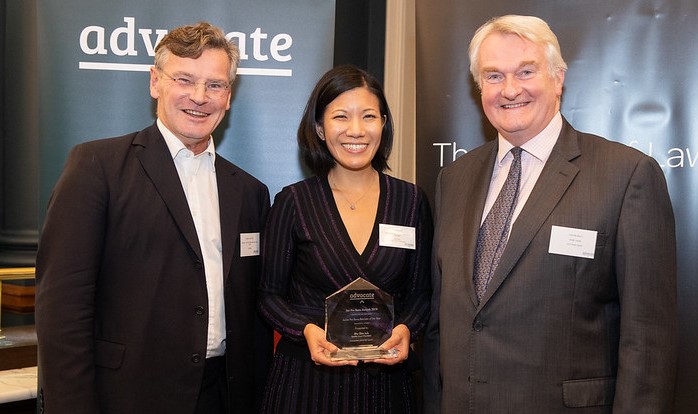 Winners were announced at an awards evening on Wednesday 6 November 2019 in Pro Bono Week. Nominations were considered by a panel of judges led by Lord Goldsmith QC.

Shu Shin has acted pro bono for the charity Shelter, in several key interventions, ranging from the High Court, through to the Court of Appeal and Supreme Court. These interventions are cited as some of the leading cases in housing and homelessness law and most recently include R (DA & DS) v SSWP [2019] UKSC 21, a challenge to the legality of the revised benefit cap as it applied to lone parent families with children under 2 and 5. Shu Shin also acted pro bono on Samuels v Birmingham CC [2019] UKSC 28, a Supreme Court case which considered intentional homelessness, in the context of whether a property is affordable if the tenant must use their subsistence benefits to make up any shortfalls between rental costs and housing benefit.

Shu Shin is also recognised for her ground breaking pro bono work for the anti-trafficking sector. In 2018, she was instructed by Wilsons Solicitors to represent K, the lead claimant in a case won in the High Court challenging cuts to subsistence payments given to trafficked people supported via the Government’s National Referral Mechanism. This resulted in a reversal of the cuts for all people supported via the NRM, and a back payment to all individuals affected by the cuts.

Shu Shin also provided pro bono advice on the drafting of the updated Slavery and Trafficking Survivor Care Standards 2018, published by the Human Trafficking Foundation, which will be adopted in the next Victim Care Contract.

Advocate's award for Junior Pro Bono Barrister of the Year 2019 was kindly sponsored by Juriosity.