We are delighted to announce Natasha Shotunde in the BSN Rising Star, in the Chambers category, at the UK Diversity Legal Awards 2021. 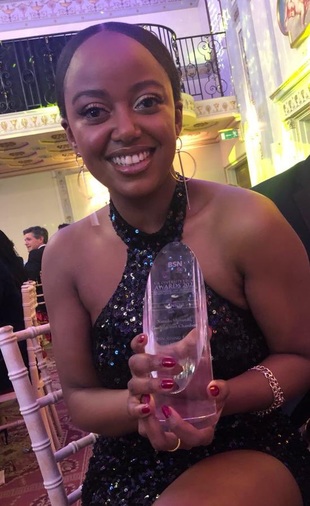 Natasha is deeply committed to improving the working lives of people within the profession and has created the Black Barristers’ Network to increase support and visibility for black barristers. The Black Barristers' Network won 'Outstanding Network/ Group' at the Chambers Europe Awards 2021 and Natasha was Highly Commended in the 'Future Leader: Diversity and Inclusion' category at last year's Chambers UK Bar Awards. She is a fearless advocate for diversity and inclusion at the Bar, speaking regularly at events and featuring regularly in the press.

Natasha is highly experienced in representing parties in applications for Forced Marriage Protection Orders and FGM Protection Orders in the High Court and Family Court. She is committed to human rights and protecting the rights of individuals. Natasha has previous experience in crime, extradition, regulatory and civil matters. She is currently working on the Dame Linda Dobbs Review.

Natasha predominately specialises in family law. She has represented parents and carers, the Local Authority, and children in public law, private law and international family law proceedings. She has worked with lay clients from diverse backgrounds and vulnerabilities such as learning difficulties and mental health diagnoses. She is particularly skilled at assisting vulnerable clients in participating in proceedings and has worked with intermediaries. Natasha has acted in care proceedings involving allegations around FGM and Forced Marriage. She has also acted in a case involving an injunction to stop a party from posting details of care proceedings in the public domain.

Natasha has routinely represented parties in private proceedings involving child arrangements orders, prohibited steps orders and specific issue orders. She has also represented parties in applications for non-molestation orders and occupation orders. She has extensive experience in dealing with cases involving domestic abuse and is particularly adept at dealing with cases where there is a cross-over between applications for child arrangements orders, non-molestation orders and occupation orders. Her background in crime and professional negligence has made her skilled at cross-examining alleged victims and perpetrators, as well as dealing with vulnerable witnesses and sensitive issues.

Natasha is passionate about social mobility. She has been an active Social Mobility Advocate for the Bar Council, for which she has written articles and attended various careers events, some of which have been recorded, published or live streamed. She has featured in The Times and on Channel 5 News, as well as featuring in the Bar Council’s social mobility video. She also volunteers for the Pupillage Foundation Scheme at Lincoln’s Inn, assisting students seeking pupillage.

Garden Court Chambers is so proud of Natasha for this recognition by the Diversity Legal Awards for her commitment to equality, diversity & inclusion.

The Award Ceremony was held on Tuesday 30 November 2021 at Plaisterers Hall in London.