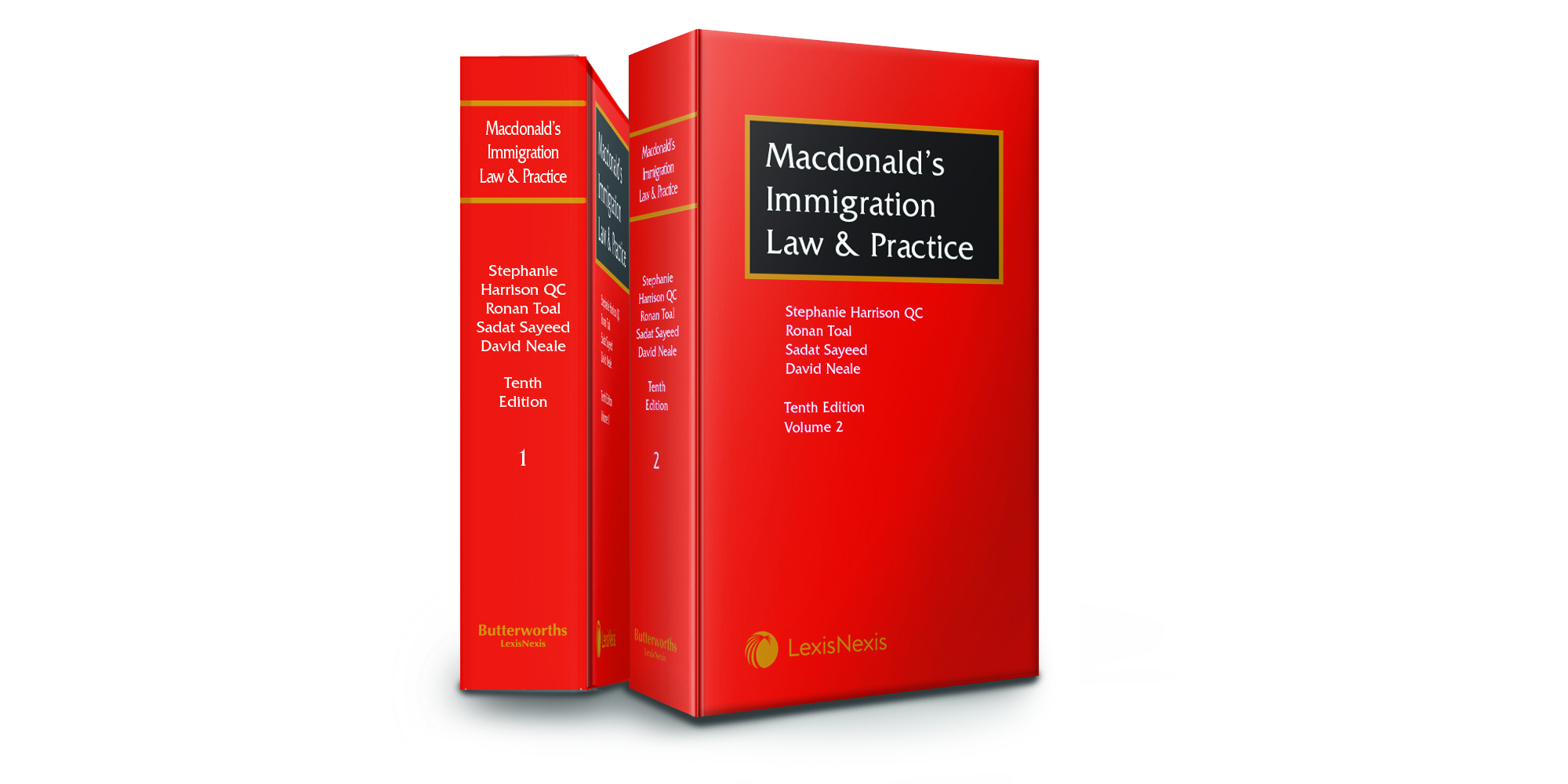 We are delighted to announce the publication of Macdonald's Immigration Law & Practice 10th edition.

Garden Court Chambers wishes to dedicate this landmark edition to the life and legacy of the late Ian Macdonald QC whose unwavering commitment and passion for immigration law and practice are imbued within the pages of the book. Ian was Joint Head of Garden Court Chambers with Owen Davies for over 30 years and founder and Head of Garden Court North Chambers. The first edition of Macdonald’s Immigration Law & Practice was published almost 40 years ago. Ian was Editor-in-chief throughout that time.

The book is widely recognised as the “immigration practitioners’ bible”, ranking high amongst Ian’s many accomplishments. It is acknowledged as an essential part of Ian’s lasting legacy.

This leading work published by Lexis Nexis Butterworths provides detailed analysis of all aspects of domestic and international Immigration, Asylum and Nationality law, policy and case law. Copies can be purchased here from the Lexis Nexis website.

There are also contributions from Natalie Wilkins of Garden Court North Chambers and Anthony Vaughan and Shu Shin Luh of Doughty Street Chambers.

What's new in this edition:

Garden Court is hugely grateful to all those who dedicated their expertise, time and commitment to writing and publishing this 10th Edition and in doing so, honouring Ian Macdonald’s unique and lasting impact on immigration law and practice in the UK and beyond.