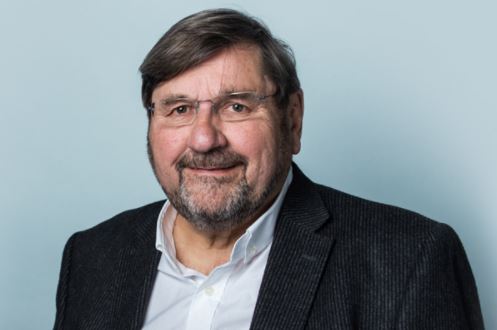 It came as an enormous shock to members of chambers when we learnt that Ian had died following a short illness.  He had been working up until the end of last year.

Ian has been described as the “father” of the family law team at Garden Court.   He was called to the Bar in 1971 and appointed as Queens Counsel in 1992. He joined Garden Court Chambers from 1 Garden Court (as it was then known) in March 2006, just eight months after we moved to our new premises in Lincolns Inn Fields.  He had been looking to move to a chambers with a broader range of work areas as he also practised in criminal law.

Ian believed in public service. He was appointed as a Recorder in 1993, sat on the Legal Services Committee of the Bar Council and the Executive Committees of both the Family Law Bar Association and the Association of Lawyers for Children over the years.

The list of notable cases in which Ian appeared is stellar and lengthy. He was instructed on many cases of non-accidental injuries to children, and was always ready to challenge medical experts and received wisdom. In the legal directories he was described as a legal heavyweight, tenacious and determined, always thoroughly prepared, a fearless advocate and an excellent advocate. The flow of his cross examination was described by a member of chambers he led as rapier like and superb.

Ian represented the mother in the Baby P case, which featured so widely in the media. He represented the father in the case of Al-Alas and Wray. In that case the baby had died and the parents had been accused of causing the death by “baby shaking”.  It was demonstrated that the baby had in fact had undiagnosed rickets which had left it prone to fractures and infection.

He represented the parents in the case of Norfolk CC and Webster, where the parents had previously had three children removed because of injuries to one of them.  He demonstrated that the injuries had been caused by scurvy misdiagnosed as non-accidental injury, and the parents were able to keep their fourth child.  He went on to represent them in their efforts to have the adoption order overturned.

These are but three in a very long list of notable cases, both in the family and the criminal courts, with the criminal cases very often involving children. Ian was involved with his clients. He cared about them. He wanted to do his best for them. He would go that extra mile for them. He would leave no stone unturned.  He was not afraid of making himself unpopular by being persistent. He was a real fighter. He exposed miscarriages of justice.

The Ian we knew in chambers was a kind man, always generous with his time, always willing to listen to others and give advice, always interested in other people and their work, always interested in what was going on. He made a warm hearted contribution to the life of chambers. He was fun to be with, and always enjoyed chambers’ parties and events, ever willing to share his love of cars, exotic travel and fine wine.

Ian will be much missed by chambers and by the family team. His family are in our thoughts. We know just how important they were to Ian.