To celebrate International Women's Day 2020, Garden Court will be hosting a series of events.

Please join us on Friday 6 March 2020 for a book launch of 'Girl with a Gun', written by Diana Nammi and Karen Attwood. It is the first-ever account of its kind from a woman Peshmerga fighter, Diana Nammi, who spent twelve years on the front line before moving to the UK as a political refugee. 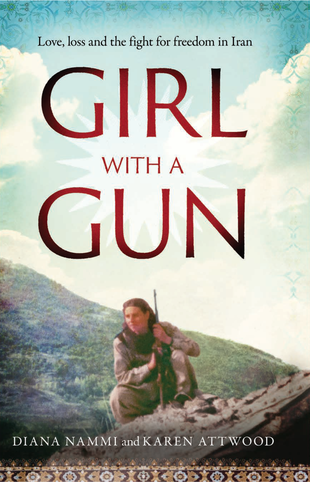 Naomi Wiseman of Garden Court will be introducing the authors, Diana Nammi and Karen Attwood, at the event.

During the evening there will be readings from the authors, and opportunities to purchase signed copies of the book. Drinks and canapés will be served.

Diana Nammi grew up in the Kurdish region of Iran in the 1960s and 70s, where she became involved in political activities as a teenager and played a part in the revolution of 1979. But the new Islamic regime tolerated no opposition and after Kurdistan was brutally attacked, Diana found at the age of seventeen that she had no choice but to become a soldier in the famed Peshmerga fighting force.

As well as being the startling account of Diana’s twelve years on the front line, leading the struggle for women’s rights and equality for the Kurdish people, Girl with a Gun is also a narrative about family and resilience, with a tragic love story at its heart.

The book is available to purchase in all major bookstores and online.

Diana Nammi is a human rights activist. In 2002, she founded IKWRO (Iranian and Kurdish Women’s Rights Organisation). Ten years later she was named as one of 150 women who shake the world by Newsweek and the Daily Beast. In 2014, she was honoured with a Barclays Woman of the Year Award and was included in the BBC’s 100 Women series. She has honorary doctorate degrees in law from both St Andrews and Essex Universities.

In her twenty-year career as a journalist, Karen Attwood’s work has been published in all UK national newspapers as well as many international publications. She is a former staff writer at the Independent, the Independent on Sunday, Abu Dhabi’s The National, and the Press Association.

Check out our photography exhibition run by shado, exclusive for our IWD event attendees, that will be available to view during our IWD events.

shado, a collective and online & print publication championing creative culture-led system change, are exhibiting a series of photographs taken by female photographers from around the world during our IWD events. The founders of shado, Issy Pearce and Hannah Robathan, will be introducing the exhibition before the event. 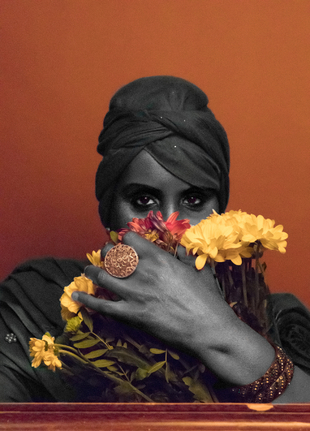 shado amplifies the voices of those at the frontline of political, social and cultural change. shado was born out of a frustration with the current lack of space for voices across different fields to co-exist. shado aims to bring a diverse network of people together to inspire change. At every site of conflict, culture and creativity prevails, and by capturing the pulse of these creative communities, shado is creating space for alternative narratives to blossom. shado stands for See. Hear. Act. Do. As well as producing an online and print magazine they run a series of collaborative events and projects to bring to life the campaigns explored in the magazine. By capturing the pulse of creative communities across the globe, shado celebrates and inspires the ways in which we can all see, hear, act and do.

Garden Court Chambers is very pleased to be partnering with such a creative organisation and look forward to welcoming shado’s exhibition during our IWD events.