Garden Court Chambers welcome you to an event to commemorate the 70th anniversary of the European Convention on Human Rights (ECHR). 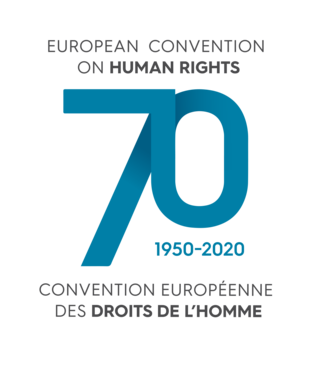 If the treatment of vulnerable minorities acts as a barometer of a society’s respect for human rights, then what does the situation of Gypsies, Roma, and Travellers tell us about the UK’s compliance with the Convention as it celebrates its 70th year?

Marc Willers QC and Tessa Buchanan look at prejudice against Gypsies, Roma, and Travellers – sometimes called “the last acceptable form of racism”. They will examine how the ECHR has been used to protect this marginalised community and what more could be done. They will look in particular at:

The webinar will be chaired by David Watkinson, Associate Tenant at Garden Court Chambers and member of the Garden Court Mediation Team.

David Watkinson, Associate Tenant at Garden Court Chambers (Chair)
While a practising barrister for 40 years (1973 – 2012), David successfully carried out negotiations on behalf of his clients as a regular part of his practice as a civil litigator mostly in housing and planning law. During his practice he represented clients in courts at all levels from magistrates court to the Court of Appeal, the House of Lords and the European Court of Human Rights. One case was amongst the first to be filed in the Supreme Court on the day it opened in 2009 replacing the House of Lords as the UK’s highest court. The cases included civil claims (including judicial review) arising from land and housing issues as possession, homelessness, breach of contract, disrepair, unlawful eviction and adverse possession and also equality and discrimination issues related to housing as well as prosecutions for housing offences on behalf of both local authorities and individual clients.

Marc Willers QC, Garden Court Chambers
Marc Willers QC specialises in the following areas: Gypsy, Traveller and Roma law; planning and environmental law; public and administrative law; and civil liberties, human rights and discrimination. He is recommended in the Chambers UK Bar Guide 2019 and Legal 500 2019 in planning law, environmental law and civil liberties. He is also the co-editor of Gypsy and Traveller Law (3rd edition, 2020 LAG). Marc won the Legal Aid Lawyer of the Year Award in 2011 and he was Joint Head of Garden Court Chambers between 2016 - 2020.

On 30 May 2019, Marc was named Times Lawyer of the Week after an application by Bromley Council for an injunction prohibiting camping on 171 open spaces and car parks in the borough was refused by the High Court following a legal challenge by London Gypsies & Travellers (intervening) represented pro bono by Marc Willers QC and Tessa Buchanan. Bromley appealed the decision and Marc and Tessa continued to act for London Gypsy Travellers. On 21 January 2020 the Court of Appeal dismissed the appeal and set out its reasoning in a landmark judgment.

Tessa Buchanan, Barrister, Garden Court Chambers
Tessa is a social welfare law practitioner with particular expertise in the fields of community care, housing, homelessness, Gypsy and Traveller Law, and public law. Her practice is primarily publicly funded. She regularly represents clients in a wide range of hearings in the County Court, High Court and Court of Appeal.  She is a co- author of Housing Allocation and Homelessness: Law and Practice (fifth edition, Lexis Nexis, 2018) and a contributing author to Gypsy and Traveller Law (third edition: Legal Action Group, 2019), the Housing Law Handbook (second edition: Law Society, 2020) and the Migrant Support Handbook (first edition: forthcoming). She is a member of the EHRC panel of preferred counsel and is also a trustee of London Gypsies and Travellers.

As mentioned above Tessa successfully assisted in the legal challenge to Bromley Council's application for an injunction prohibiting camping on 171 open spaces and car parks in the borough, that subsequently led to a landmark judgment passed by the Court of Appeal "that an injunction which prevents Gypsies and Travellers from stopping at all in a defined part of the UK comprises a potential breach of both the European Convention on Human Rights and the Equality Act".