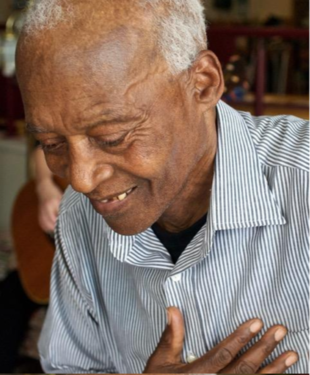 The family of a vulnerable London man who was found dead more than two months after he went missing from Willow House, the extra care housing where he lived, have spoken out following an inquest into his death.

Born in Trinidad, Mr Loney moved to the UK in 1961 and he worked for London Transport for more than 50 years. The inquest heard how he was a social and physically active man who enjoyed a range of activities from singing and dancing to watering the gardens and attending church.

The court was told that the management of Willow House had repeatedly expressed concerns about Mr Loney’s wellbeing at the site and did “everything” to alert the local authority to the risks that he faced while living there.

The hearing also heard how parts of a car were found close to Mr Loney’s body in the hedgerow, which may indicate that he had been struck by a car which then failed to stop at the scene.

However, due to the passage of time between Mr Loney’s death and his body being found, neither a post-mortem examination nor a police investigation could give any definitive conclusions on the immediate cause of his death.

He left Willow House Extra Care Housing in Wembley on 3 August 2017, but staff did not realise he was missing until the following morning. While his family launched an urgent appeal to try and find him, his body was found in hedgerow in Breakspear Road – around ten miles from his accommodation – several weeks later on 17 October.

An inquest held at West London Coroner’s Court before H.M. Coroner Dr Sean Cummings was told that Mr Loney had lived at Willow House since August 2015, having been placed there by the London Borough of Brent, and had left the facility unaccompanied on a number of occasions – often being returned by police. Mr Loney had been located as far as Heathrow Airport and at the side of the M1 motorway after midnight. Although a GPS tracker was placed in his front door key, he often did not take the keys with him and, on occasions, the GPS tracker did not correctly pinpoint its location.

It was also revealed that management at Willow House had voiced concerns to the London Borough of Brent with increasing urgency over a two-year period regarding whether Mr Loney’s needs could be safely met at the site, but inadequate action was taken.

After four days of evidence the Coroner, Dr Cummings, found that:

Mr Loney’s daughters Marie Loney and Denise Dooley revealed their hope that lessons will be learned from what their father went through.

“The whole family was completely devastated by what happened with Dad and we were heartbroken when his body was found. While time has moved on our family hasn’t been able to. We had so many questions about what happened.

"The inquest has been a hugely emotional time as we relived the events surrounding what happened. However, we always realised this would be necessary in order to get the answers we deserve and honour Dad’s memory.

“Some very worrying issues have been raised at the hearing and we now hope that local authorities learn lessons from Dad’s case in order to prevent other families facing what we have. It is absolutely vital that those with dementia and other vulnerable people can always access the care and support that they need.”

“Marie, Denise and the rest of Leocardo’s family have faced a long wait for answers regarding what happened to Leocardo. For more than two years the pain and suffering they have experienced has been made worse by having so many unanswered questions to the concerns they had.

“During the course of the inquest Leocardo’s social worker accepted that there was clearly a foreseeable risk that harm would come to Leocardo should he leave Willow House unaccompanied. It was also clear that as extra care housing, and therefore not as secure as a residential care home, Willow House was not able to offer the level of support that Leocardo needed to prevent him leaving his home unaccompanied.

“It is vital the lessons are learned from the issues identified during the inquest. Whilst there is a balance to be struck between promoting an individual’s independence and providing a safe system of care, it is clear that the right balance was not achieved for Leocardo.

“We will continue to support the family at this distressing time to help them come to terms with Leocardo’s death the best they can.”

The Coroner gave a narrative conclusion in which he stated that there were “severe failings” in the care provided by social services.

The case was reported on by the Independent.

Tom Stoate is a member of Garden Court Chambers Inquests and Inquiries Team.