Speaking at the launch of the latest issue of Proof magazine ‘Life in the Justice Gap: Why legal aid matters’, social housing barrister Liz Davies of Garden Court Chambers described some of the stories of people struggling to present their cases at tribunals, or to persuade a Judge not to evict them for rent arrears as ‘heartbreaking’.

Davies argued that early access to free legal advice to resolve benefits problems would have cost less and prevented the human misery involved in these cases. Warning of increasing legal aid advice deserts Davies said, ‘There will come a time when there is legal aid in theory but no legal aid lawyers in practice.’

Proof is the magazine of the Justice Gap. Issue three of the magazine features contributions from Helena Kennedy QC, Martha Spurrier, Lord Tony Gifford QC as well as journalists including the Guardian’s David Conn and Rebecca Omonira-Oyekanmi who has written an extended article reporting from the frontline of the legal aid cuts. The cover and Rebecca’s article is illustrated by the award-winning artist Simon Pemberton. 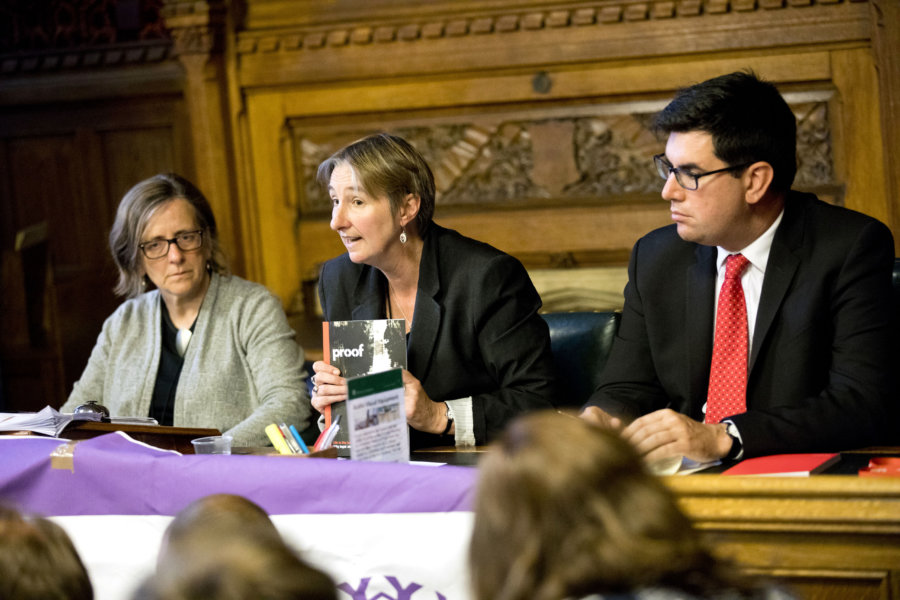 The panel was chaired by Ruth Hayes from Unite the Union and director of the Islington Law Centre. Fellow speakers were Richard Burgon MP, Labour’s Shadow Secretary of State for Justice, Marcin Bratja and Julius Holgate from Hackney Community Law Centre, Greg Powell and Deborah Russo from the Prisoners’ Advice Service and Matt Foot, co-founder of the Justice Alliance.

Matt Foot said that the group had been calling on the government to conduct a proper review of the 2013 legal aid cuts for four years. “They won’t do it,” he said, “so we’ve done it for them. Proof magazine is the review that the Government has shamefully failed to do.”

Garden Court Chambers is proud to sponsor Proof magazine. The third issue of Proof was co-produced by the Justice Gap and the Justice Alliance. The magazine was funded through a CrowdJustice crowdfunding campaign. All three issues are available on the Justice Gap website.

Liz Davies is a member of the Housing Team at Garden Court Chambers. She is ranked as a ‘Star Individual’ in social housing by Chambers UK 2017.