The family is represented by Tom Stoate of Garden Court, instructed by Shelley Peynado-Clarke of Tuckers Solicitors. They are all members of the INQUEST Lawyers Group. 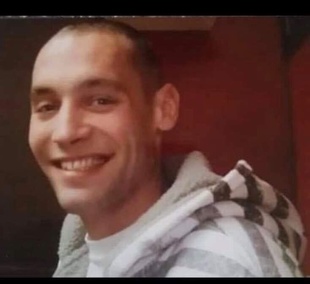 The inquest into the death of David Dunnings, 35, has concluded with the jury finding he died from suicide whilst at HMP Coldingley on 8 July 2017. He was serving an Indeterminate Sentence for Public Protection (IPP) and was significantly over tariff when he was moved to HMP Coldingley in September 2016.

The jury identified numerous serious failures which contributed to his death, including:

David’s family described him as loving, caring man with a huge heart. He had a history of self-harm which manifested during times of emotional distress and anxiety, and a diagnosis of personality disorder.

The inquest heard that on 14 June 2017, David was moved to HMP Coldingley’s segregation unit following his alleged involvement in barricading a cell – a charge which was later quashed. That evening David self-harmed  and was placed on suicide and self-harm monitoring procedures, known as Assessment, Care in Custody and Teamwork (ACCT). David then spent a further three and a half weeks in segregation (where prisoners are allowed around half an hour out of their cell per day) – despite the fact that prison rules state segregation should only be used in exceptional circumstances when a prisoner is subject to ACCT procedures.

Evidence was heard at the inquest that David was told the prison were considering recategorising him from a Category C to a Category B prisoner, which would have been a significant setback in David’s IPP sentence, and should have been recognised as a well-known stressor and trigger for suicide.

During his time in segregation, David repeatedly expressed suicidal ideation, and by late June he was telling prison and healthcare staff that he was thinking of hanging himself, and that he would kill himself after he had said goodbye to his family after their next visit as his sentence had ‘done him in’.

On the afternoon of 7 July 2017, David was erroneously told by a prison custodial manager that he had been recategorised. The coroner noted that this decision had been “lingering” for weeks, in spite of a recommendation by the prison psychiatrist, Dr Darren Bull, that David be informed as soon as possible so that he could properly prepare himself. Despite this, David’s  level of observation under ACCT processes on 7 July was not increased.

At around 1.05am on 8 July 2017, a prison officer found David in his cell, suspended from a ligature. Despite attempts at resuscitation and the attendance of paramedics, David’s death was confirmed at 2.12am.

Giving evidence to the inquest, then Deputy Governor of HMP Coldingley, Niall Bryant, accepted that there were “indefensible failures” in the way in which David's recategorisation had been handled. No review board was convened, there was no input from David himself or any probation officer, and he was not provided with any formal paperwork or told he could appeal.

The Prison and Probation Ombudsman (PPO) investigation found that "Mr Dunnings was not sufficiently protected by the ACCT procedures which became formulaic and not focused on his risk”. The PPO also found that there were also failures in the procedures and safeguards designed to provide additional protection for prisoners in the segregation unit. In relation to David’s IPP sentence, the PPO found: “It is clear that his indeterminate sentence and the uncertainty about how long he might have to remain in prison were significant sources of anxiety to him and it is hard not to conclude that they played a key role in his decision to kill himself”.

The clinical reviewer who examined  David’s death, Dr Andrew Foulkes, was critical of various aspects of the mental health care he received at HMP Coldingley, provided by Central and North West London NHS Foundation Trust (CNWL). In particular, Dr Foulkes found that there was “no evidence that a structured assessment of [Mr Dunnings’] suicide risk had taken place” during his time on segregation and when he was supposed to have been monitored, although this was denied by CNWL at the inquest.

HMP Coldingley accepted the findings of the PPO report in full and staff told the coroner that there have been wide-ranging changes to the systems in place to consider and communicate with prisoners about recategorisation. Prisoners subject to ACCT monitoring at Coldingley are no longer placed in the segregation unit. More mental health staff are now in place, and a funding bid has been made for mental health cover in the prison at weekends – although this has not yet been secured.

“David was trying to focus on the future and was rebuilding his family relationships. We were shocked to hear how badly he was let down in prison. The IPP sentence David was subject to was unfair and unjust, and made him vulnerable – which should have been properly recognised. The way in which David was wrongly told he had been recategorised should never have happened, and the mental health care was woefully inadequate at the time David was in Coldingley. We heard a lot about how the systems have changed since David died and we can only hope that is really the case, so that other families don’t have to go through what we have suffered”.

“As an IPP prisoner well over tariff, and as someone who should have been recognised as being at high risk of suicide, it is shocking that David was deprived of the proper safeguards which should have been aimed at reducing his risk. Prison staff were unaware of the proper procedures for ensuring that the stress and uncertainty of David’s sentence were mitigated, which had tragic consequences in this case.”

“Prisons, by their very nature, are dehumanising places which create and intensify vulnerability. This is further heightened for the 2,223 people who remain on indeterminate sentences, not knowing when they will be released. David’s death follows a number of deaths in prison which have been linked to the detrimental harms of IPP sentences. The deterioration in David’s mental health was clear, which makes the basic failings identified at the inquest all the more unfathomable.”

Tom Stoate is a member of the Garden Court Inquests and Inquiries Team.

The inquest received media coverage, including in the Independent.