We are delighted to announce Grace Brown is the BSN Lawyer of the Year, in the Chambers category, at the UK Diversity Legal Awards 2021. 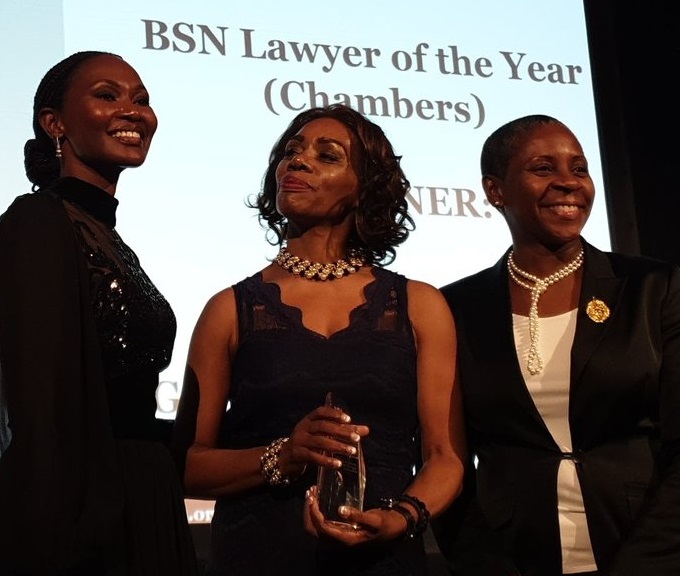 Grace is an extraordinary advocate who has committed herself to the advancement of Black and ethnic minority lawyers through doing what is right, utilising her remarkable legal skill to advocate for marginalised people. As a leader in her field and as a beacon of hope for junior advocates, Grace has consistently offered support to students and junior lawyers. There is no doubt that her inspiring work continues to motivate a new generation of Black and ethnic minority lawyers.

Grace is regularly instructed in Windrush cases. She has detailed and in-depth knowledge of the legal and cultural issues that arise in Windrush cases and frequently advises solicitors, community groups and organisations on these issues, often pro bono. Over the course of one year, Grace acted pro bono in three linked Windrush cases in which she formed and developed unique legal arguments based on the flaws and limitations of the Windrush Scheme.

Grace has been and is instructed in a significant number of Windrush cases that are aimed at challenging the apparent and intrinsic inequities and failings of both the Windrush Scheme and the Windrush Compensation Scheme.

One of Grace’s recent cases is the judicial review of, the now deceased, Mr Howard. Mr Howard was a member of the Windrush generation having arrived in the UK at the age of 3. He was in his late 50s at the time of the relevant Home Office decision which was a decision to refuse him a British passport.

Mr Howard was first denied a British passport in 2005, meaning he was unable to travel to visit his terminally ill mother in Jamaica. In 2012 Mr Howard was then dismissed from his caretaker job because he was unable to prove his right to remain. Despite good character references from his employer, describing him as “reliable, hardworking and diligent”. He went into debt and became seriously unwell. With no way to earn money, Mr Howard’s life completely fell apart.

After Mr Howard’s untimely death, Grace advised, by invoking lesser-used law, how the judicial review could be continued through Mr Howard’s next of kin. In a relatively rare move for the court, the court agreed that the case could continue through Mr Howard’s daughter. Grace, and her team, were thereby able to achieve a stunning posthumous victory for Mr Howard which has important implications for others who faced the difficulties that he did.

Grace, alongside her distinguished legal team, argued that the Windrush scheme was unlawful because the good character requirement for citizenship should have been waived. As well as contending that the way in which the Home Office had approached the decision in Mr Howard’s case was discriminatory in law, Grace argued, by reference to relevant government statements about the need to ‘right the wrongs’ against the Windrush community, that the Home Office decision was irrational.

The Judgment of the judicial review was delivered earlier this year in which the court found the Home Secretary’s approach to have been unlawful – this was a huge victory for Windrush migrants. Grace’s detailed understanding of how discrimination is prohibited under the European Convention on Human Rights and the Human Rights Act 1998 is what helped to lead to this victory. Grace worked phenomenally hard on this judicial review, showing skill, compassion and perseverance.

Grace also provides legal advice at Windrush Legal Clinics and has advised, pro bono, on a large number of Windrush and Windrush-related cases. These include cases involving family members of Windrush migrants and also claims and potential claims for compensation.

Grace has spoken at countless events on the Windrush campaign and more broadly on immigration and human rights law. A central theme and focus of Grace’s contributions have been the rights of Windrush migrants and the challenges in securing those rights not only for the Windrush migrants themselves, but also their family members.

Grace is appointed to the Equality and Human Rights Commission's preferred Panel of Counsel and is a Trustee of the Haringey Migrants Support Centre where, from 2013, she started providing pro bono immigration advice and representation to services users. She is also a trustee of the Voice of Domestic Workers.

Grace is a mentor on the Inner Temple Mentoring Scheme and a Pegasus Scholar Host and has, since 2001, mentored and hosted many students studying for the Bar and hosted junior barristers. She is also a volunteer supervisor for the immigration law clinic at Exeter University.

As can be determined by the many people who supported Grace's submission for the UK Diversity Legal Awards, Grace has consistently worked hard, not only because of an impressive professional duty, but also due to her boundless commitment to what is right and her enduring commitment to end discriminatory practices by the Home Office and more widely within society. As a result of the outcome in Mr Howard’s case, many members of the Windrush community may now become eligible for citizenship whereas, prior to her work and the ruling, they would almost certainly have been deprived of this important right. Further, through her work highlighting the injustices and hardships faced by many family members of the Windrush generation, she is instrumental in helping to bring this issue to the fore and for determination by the courts.

Not only through her exemplary legal career, through her impressive wins against the Home Office, but also through her dedication to help others, Grace has proven she is thoroughly deserving of the BSN Lawyer of the Year Award. There is no lawyer more commendable, and hardly anyone who has done as much to support the Windrush generation and those who have been knocked back countless times by the government’s cruel hostile environment.

Garden Court Chambers is so proud of Grace's achievement and is grateful to the Diversity Legal Awards for recognising the important work Grace has undertaken.

The Award Ceremony was held on Tuesday 30 November 2021 at Plaisterers Hall in London.