Congratulations to our Clare Wade QC of the Garden Court Criminal Defence Team who has been shortlisted by Women in Law Awards 2020 for Barrister of the Year and Woman of the Year!

In a landmark coercive control case last year, Clare Wade was lead counsel to Sally Challen. Sally killed her abusive husband after she suffered decades of psychological abuse. Clare represented Sally as lead counsel at the Court of Appeal in February 2019 where Clare and the legal team succeeded in persuading the Court to quash Sally’s conviction for murder. Clare led Lucie Wibberley of Garden Court instructed by Harriet Wistrich, founder and director of the Centre for Women’s Justice and a solicitor at Birnberg Peirce Ltd.

It was argued coercive control was a new way of understanding domestic abuse and had not been understood at the time of the trial. This was the first time coercive control was considered as a partial defence to murder. A retrial was ordered. Before re-trial in June 2019, the Crown accepted a manslaughter plea on the basis of diminished responsibility. The judge ruled that Sally should be released from prison, having spent nearly a decade in jail. Clare has significant expertise defending abused women who kill and vulnerable defendants.

The virtual awards ceremony will take place on 11 November 2020. 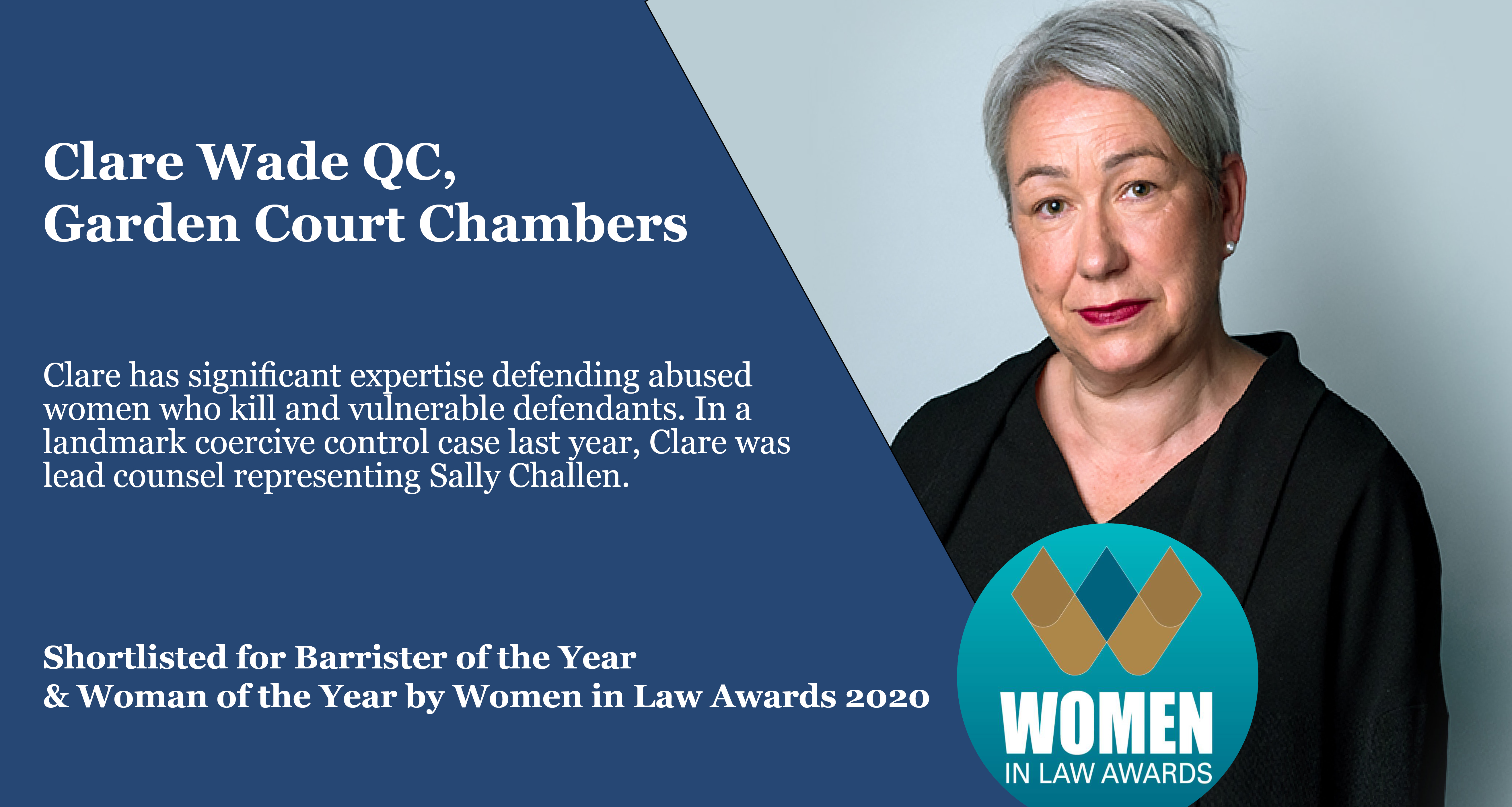